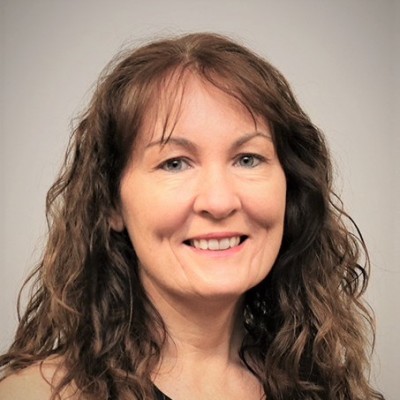 Climate Change Effects on the Environment, Ecosystems, and Human Societies

Climate change has many effects on the environment, ecosystems, and human societies as has been monitored in environmental trials in different ecosystems. The extent of these effects depends on how nations adapt to climate change and reduce greenhouse gas emissions. Scientists have predicted that sea levels will rise significantly, loss of sea ice will increase, and heat waves will become longer and more intense. Climate changes are not uniform around the world, however, and regional variations have been reported. In the tropics, for example, changes have been observed in rainfall and temperature.

Impacts of global warming on ecosystems

Global warming is changing the climate, and consequently, ecosystems are changing. In addition to changing the temperature, climate change affects species interactions, as well as the structure and function of ecosystems. Extreme events have also increased in magnitude and frequency, causing significant effects on ecosystems.

While some organisms and plants can adapt to climate change, others are already suffering adverse effects. For instance, invasive species are increasing and are causing native species to become threatened. In addition, even small changes in temperature can alter the timing of the growing season, affecting populations within ecosystems. Furthermore, global warming will cause some invasive species to thrive in new areas.

Ecosystems are important to the biosphere because they play an active role in the water and carbon cycles. Moreover, they support human adaptation to rapid environmental change. As such, they are important allies in the struggle against climate change.

Impacts of climate change on agriculture

The relationship between climate change and agriculture is complex and pronounced, with some regions experiencing more adverse effects than others. For example, increasing temperatures may boost crop yields in the northern hemisphere while reducing them in the southern hemisphere. Temperature increases will also affect rainfall patterns and crop rotations. While the impact on yields is unpredictable, farmers can adjust their crops, rotations, and production practices to adapt to climate change.

A longer growing season also creates new challenges. For example, late frosts during the flowering phase of many crops can damage crops and lead to crop losses. Late frosts can also damage tree fruit crops, reducing their yields. In addition, the prevalence of pollinators may change as a result of climate change. This may alter the range of crops and affect their production and reduce business growth opportunities in other fields, with potentially devastating economic impacts.

Small island states are particularly vulnerable to climate change, due to their unique geographic and socioeconomic characteristics. As such, they face particular challenges and need help in adapting to the changing environment. As a result, their unique vulnerability is a timely reminder that climate change is a global problem. While the physical impacts of climate change may be evident in isolated regions, they impact a complex web of island characteristics, including the socio-economic and cultural aspects.

SIDS experience a range of climate hazards, such as sea-level rise and increased seawater salinity, which threatens their ability to cope with the effects of climate change. In addition, coastal aquifers, their primary source of freshwater, are threatened by salinisation. Additionally, extended droughts are threatening water security in the Caribbean, and changes in ocean conditions are contributing to a decrease in fisheries around the world.

Impacts of climate change on infrastructure

Many countries are currently underprepared for the impacts of climate change on their infrastructure. These assets include roads, ports, bridges, and electrical grids. These investments are meant to last for many decades, and the design of these assets has often assumed that future climates will resemble those that currently exist. However, climate change is causing the environment to change, and extreme weather events are placing increasing strain on these assets. This has major implications for the lives of the people who rely on the services provided by these assets.

Impacts of climate change on health

Some health risks from climate change are particularly severe for people with chronic medical conditions. This is because extreme weather can worsen their conditions. This can result in decreased productivity and lower self-esteem. People with chronic medical conditions may also experience a reduced ability to respond to emergency situations. These people may also be more susceptible to mental illnesses, which is another negative consequence of climate change.

Prof Dianne Jolley in an environmental chemist and toxicologist leading a dynamic research group which is investigating the assessment and prediction of toxicity. Her research includes establishing field-based tools to assess the risk of contaminants in aquatic and agricultural systems; investigating the biological impacts of contaminants and using the outcomes to critically inform the science that underpins the water and sediment quality guidelines; and probing the mechanisms of contaminant toxicity and biomarkers to diagnose this toxicity.  Dianne Jolley’s research spans the tropics, temperate and polar regions in both freshwater/terrestrial and coastal marine systems. Dianne Jolley has well-established collaborations with government and industry, including CSIRO Land and Water and the Australian Antarctic Division.

Partnership for a Drug-Free America